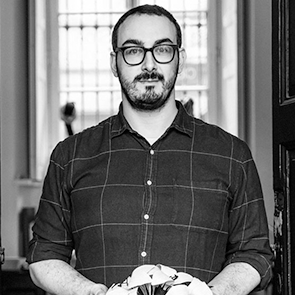 Francesco Ballestrazzi was born in Carpi (Modena) in 1982, after high school studies he moved to Milan where he attended the Academy of Fine Arts of Brera, after various jobs in the field of illustration, dance and fashion, in 2014 he launched his personal line of head pieces, creative hats that he produces himself by hand.
A few months later his works appear among the pages of the most important magazines in the sector, such as Vogue Italia, Vogue jewel, Vogue Japan, Vmagazine, Harper's Bazar US, flair, glamor, I woman, D di Repubblica and many others.